SonarQube is an open-source platform developed for continuous inspection of code quality. SonarQube performs automatic reviews with static analysis of code to detect bugs, code smells (i.e., any characteristic in the source code that could indicate a deeper problem), and security vulnerabilities on 20+ programming languages.

The integration between OverOps and SonarQube is simple to set up; when configured, the OverOps plugin enables you to view events detected by OverOps in the configured project. Along with rich event data, the OverOps plugin provides OverOps Quality Gate measurements, which are detailed in the next sections.

SonarQube integration with OverOps is currently supported only on Java.

Follow the next steps to set up the OverOps-SonarQube integration. 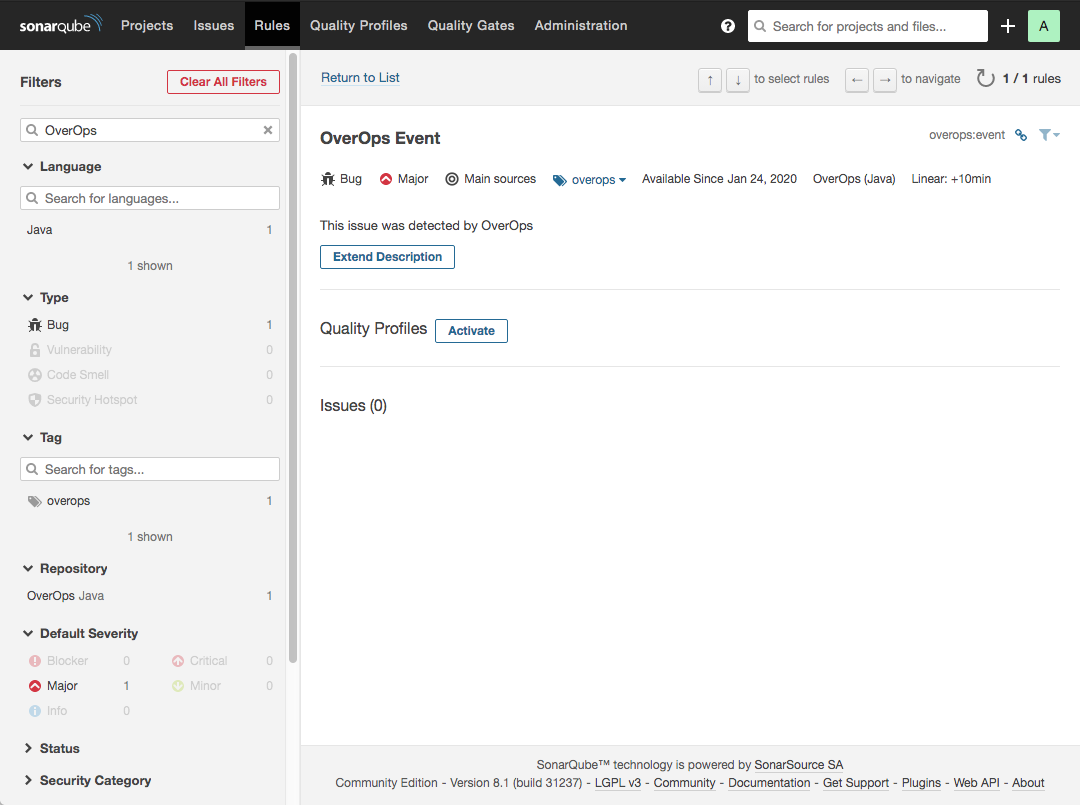 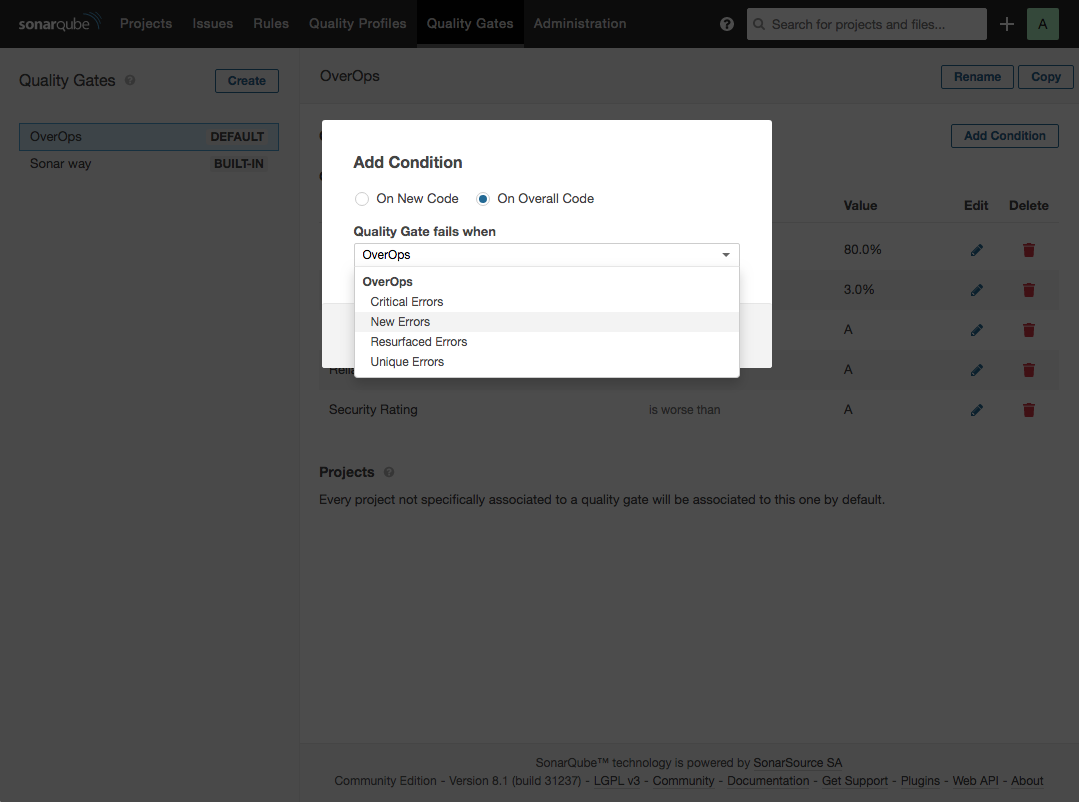 The plugin is configured using Analysis Parameters, which can be set in multiple places at both the global and project level.

In addition to the OverOps properties listed below, you’ll also need to set the sonar.host.url and authentication parameters. See Analysis Parameters for details.

Anonymous jobs are not supported. You must set authentication parameters when running the scanner. Links to the ARC screen are added as issue comments after the Sonar Scanner has finished using the credentials provided.

See Analyzing Source Code for documentation on how to run SonarQube.

You can view OverOps data in SonarQube as quality gates, issues, and metrics.
##Quality Gates
OverOps Metrics that count the number of New Errors, Critical Errors, Resurfaced Errors, and Unique Errors can be used as Quality Gate conditions.

Here are some examples:

Issues with the following metadata are created for all OverOps events found for a deployment: 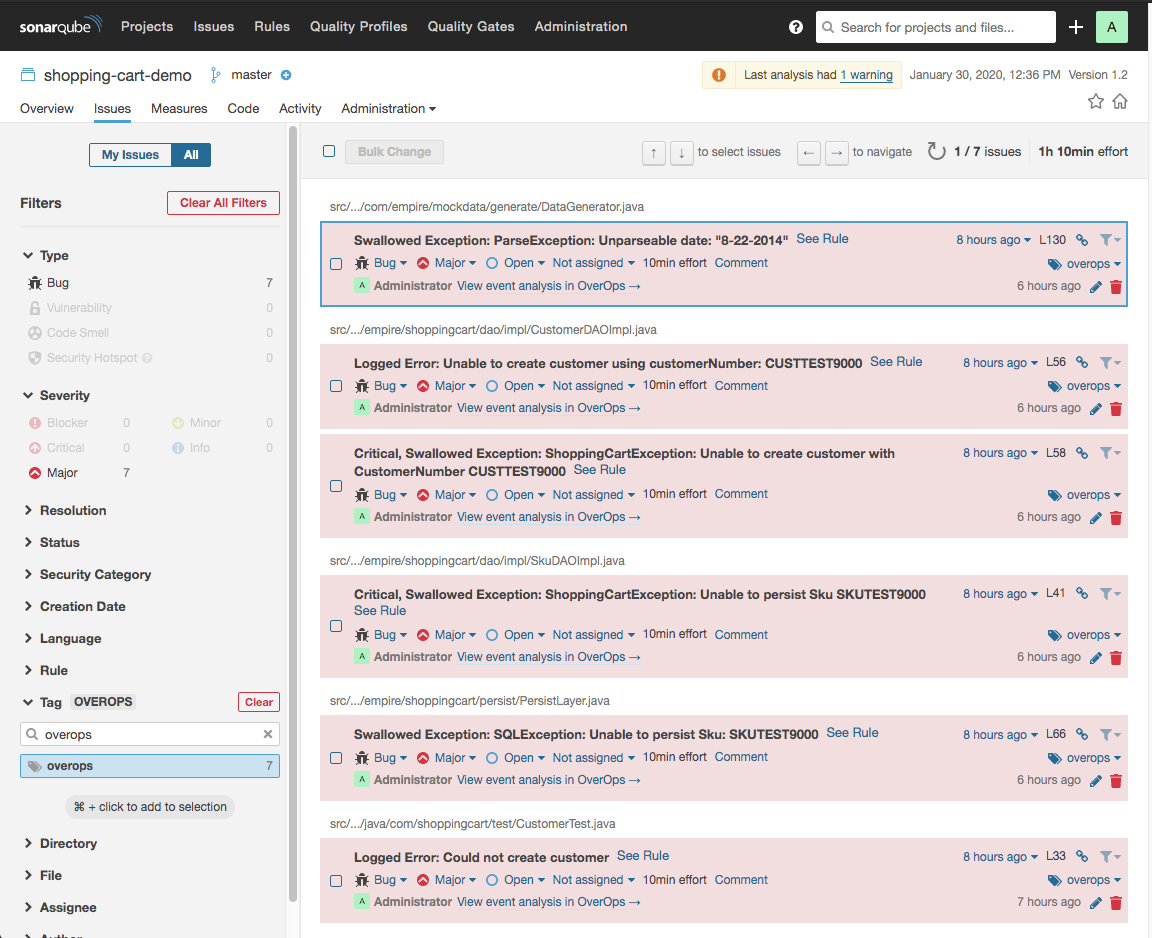 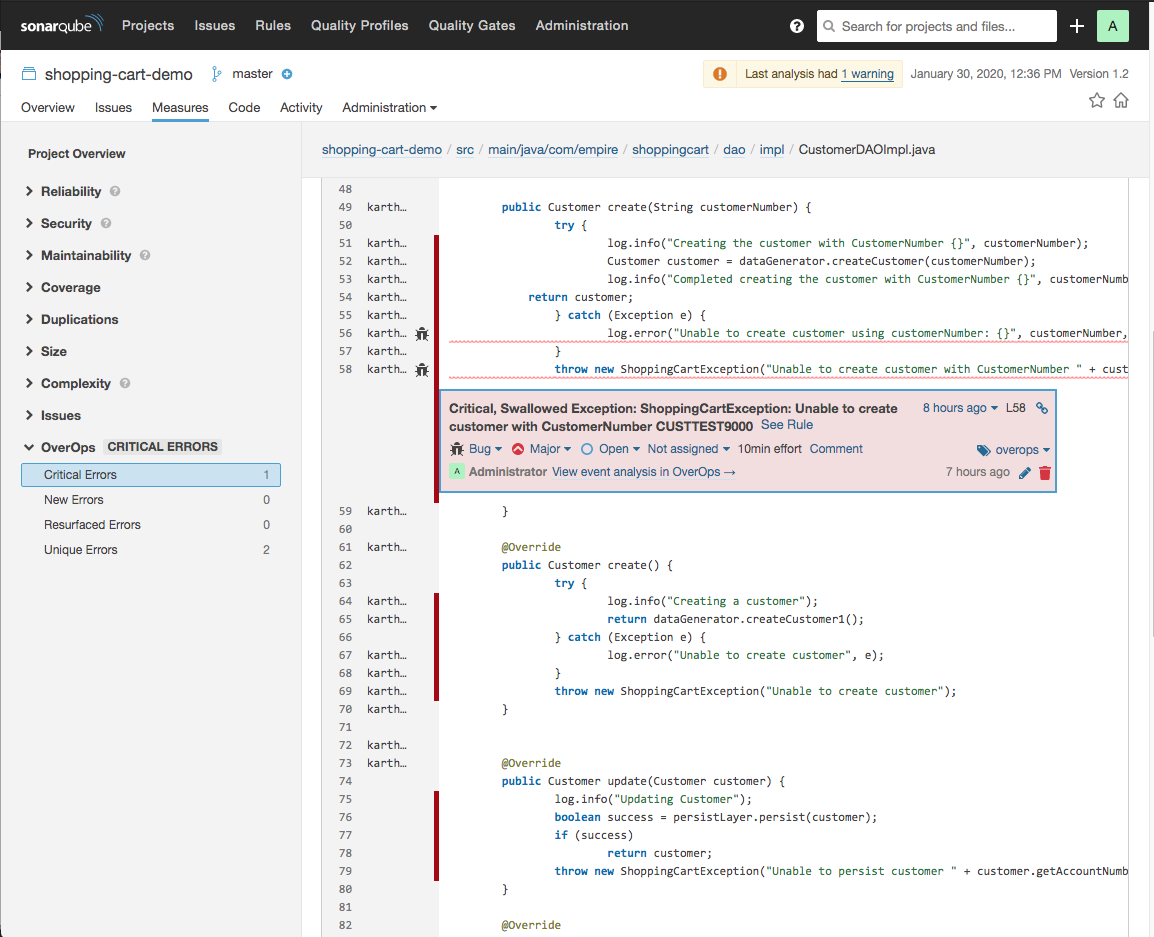 The plugin adds four metrics: Critical Errors, New Errors, Resurfaced Errors, and Unique Errors. The measure reported for each of these metrics shows the number of errors found in this deployment. The metrics are not mutually exclusive. A single error can be counted in multiple metrics. All errors are counted in the Unique Errors metric. 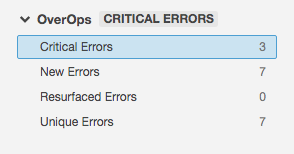 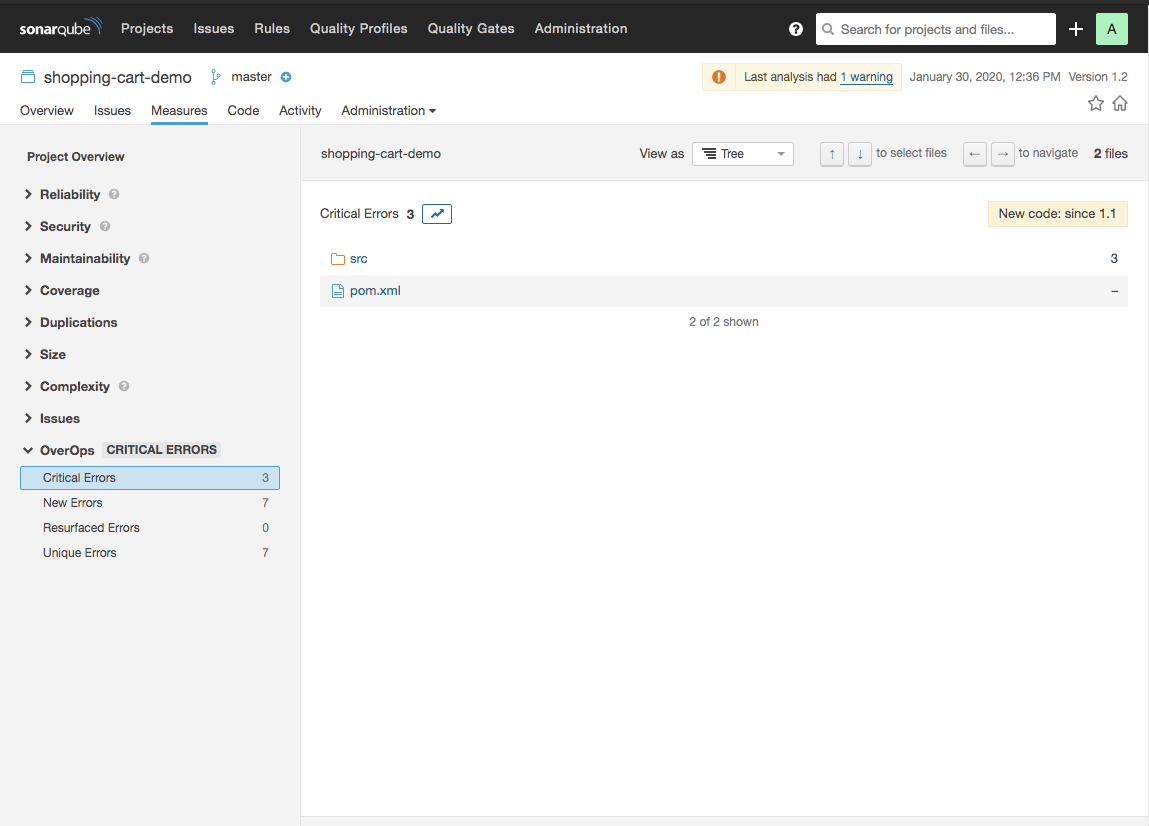