An issue detected in release 4.47 related to the secure communication update introduced in this release may cause a stability issue with the Collector. Therefore, we recommend updating your solution to the latest (at least 4.48 or above) version as soon as possible.

The 4.53.x and newer releases includes several important security enhancements and security vulnerabilities fixes related to SAML integration. Customers using SAML and SSO to authenticate & authorize need to take several actions when upgrading the backend with any of these releases, while SaaS customers are required to contact our Support to review and update their SAML settings.
For more information on the specific updates and required steps read here. 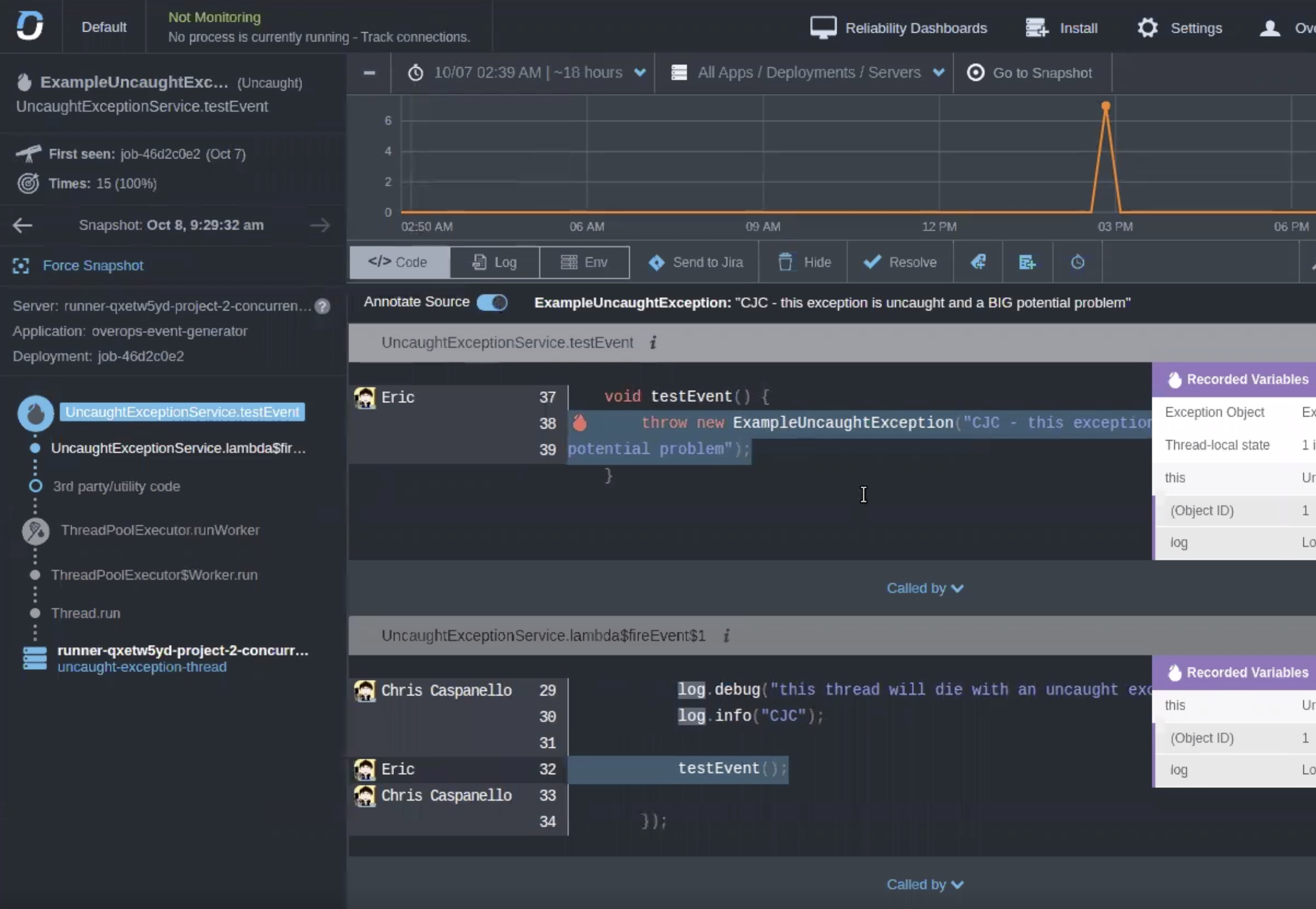 Updated the status messages in the wizard to be aligned with OverOps Dashboard.

Added more safeguards to prevent the Collector from getting into a stuck state where it doesn’t report any new hits or stats, which is caused by processing extremely large methods

Because .Net has been added to the installer, you'll need to perform a full uninstall of the previous version and then reinstall of the new version. This limitation is true for any upgrade from any version prior to 4.48 to any version from 4.48 and later.

In the Settings console - Storage function, the warning dialog when turning on the hybrid storage toggle has been updated.

With this release, the .NET MIcro-Agent is now part of the main OverOps release. The version includes a number of updates to the Micro-Agent, including the following features:

This release includes fixes related to the OverOps trial experience, including the following:

This release focused on improving performance in both the Backend and in the Micro-Agent as well as in the way in which OverOps works with Oracle.

Release 4.45 from OverOps features our new .NET Micro-Agent, whose details are listed below, and our new In-app Installation Guide for trial accounts, as well as a major improvements and updates in the Backend.

The OverOps .NET Micro-Agent monitors .NET applications by attaching to a running application or environment, detecting errors and problems, thereby providing you with a comprehensive view of your application's performance.

The .NET Micro-Agent supports both .NET Framework and .NET Core, installs as a standalone on your laptop and works with Azure- Server, PC, and cloud - Azure AppService - through NuGet. The Micro-Agent can also be installed with a remote machine (using NuGet or MSI).

The .NET Micro-Agent can be currently used for pre-production environments only.

For more information, check out these articles:
OverOps for .NET
Compatibility and Requirements
Using OverOps in Your .NET System

OverOps recommends that the default H2 database only be used for POC purposes and not for production environments.

In this release, we’ve implemented a major improvement in the way our product reports and processes an event’s statistical information through the entire hit flow - from our Micro-Agent, to the Collector to the Backend. This optimization will improve resource utilization and performance. To use this feature, you’ll need to make sure that the Collector and Backend are on this latest version. 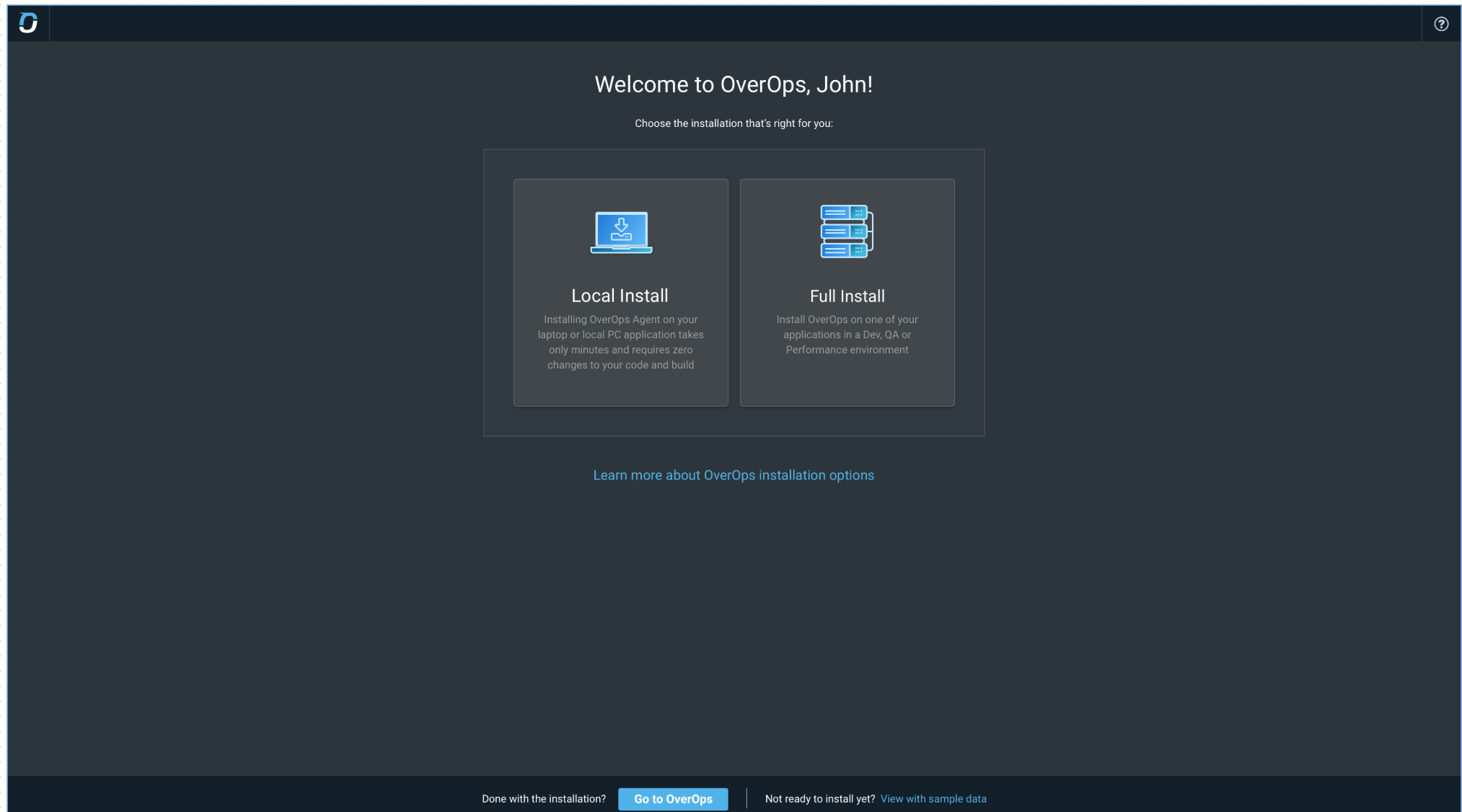 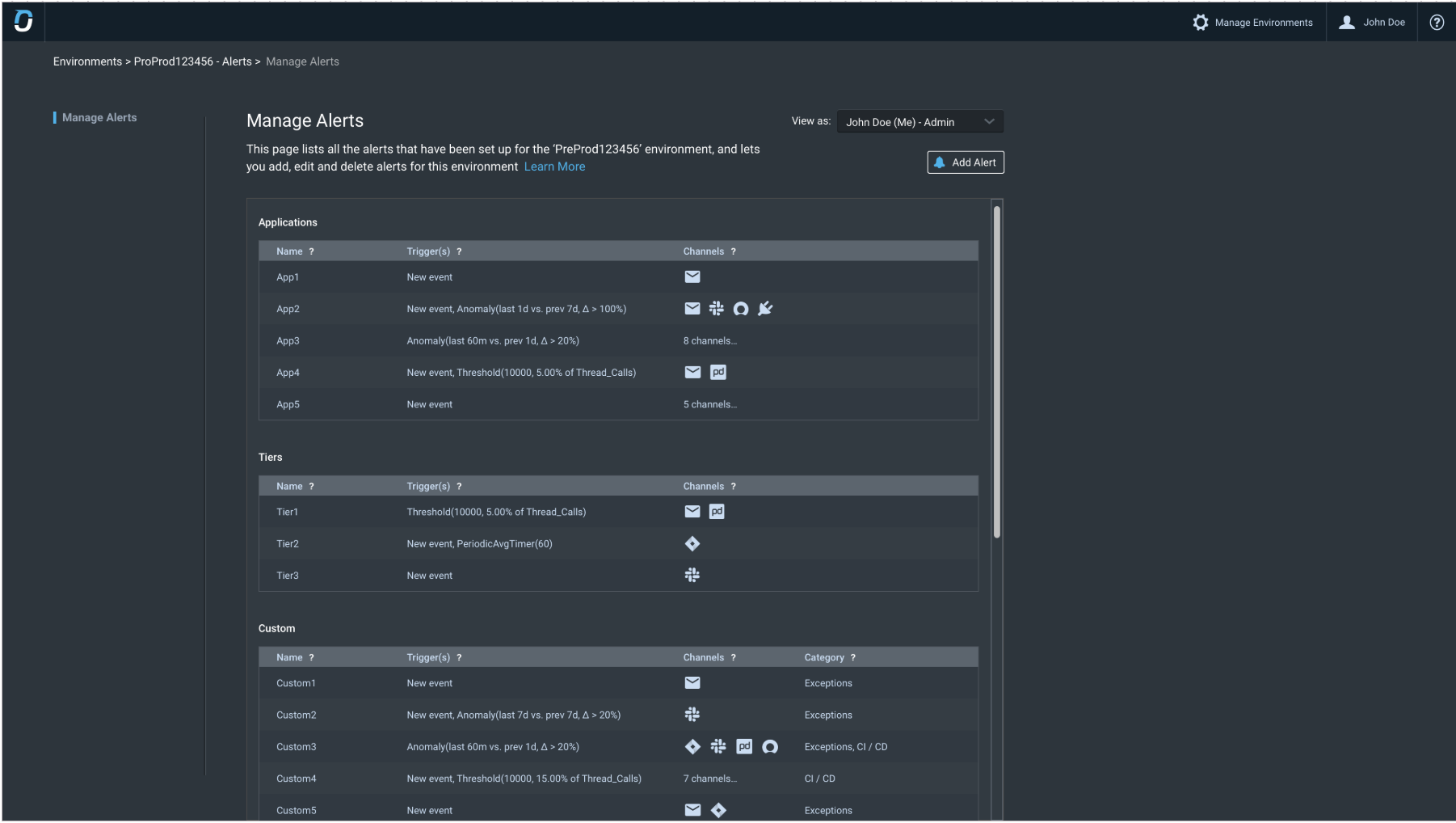 This release includes new features as well as major improvements, including the launching of our Multi-Environment Collector (MEC), a new integration with New Relic, full support for Oracle, improvements to the ARC screen, and some pretty cool updates to the Alerts and Settings features. 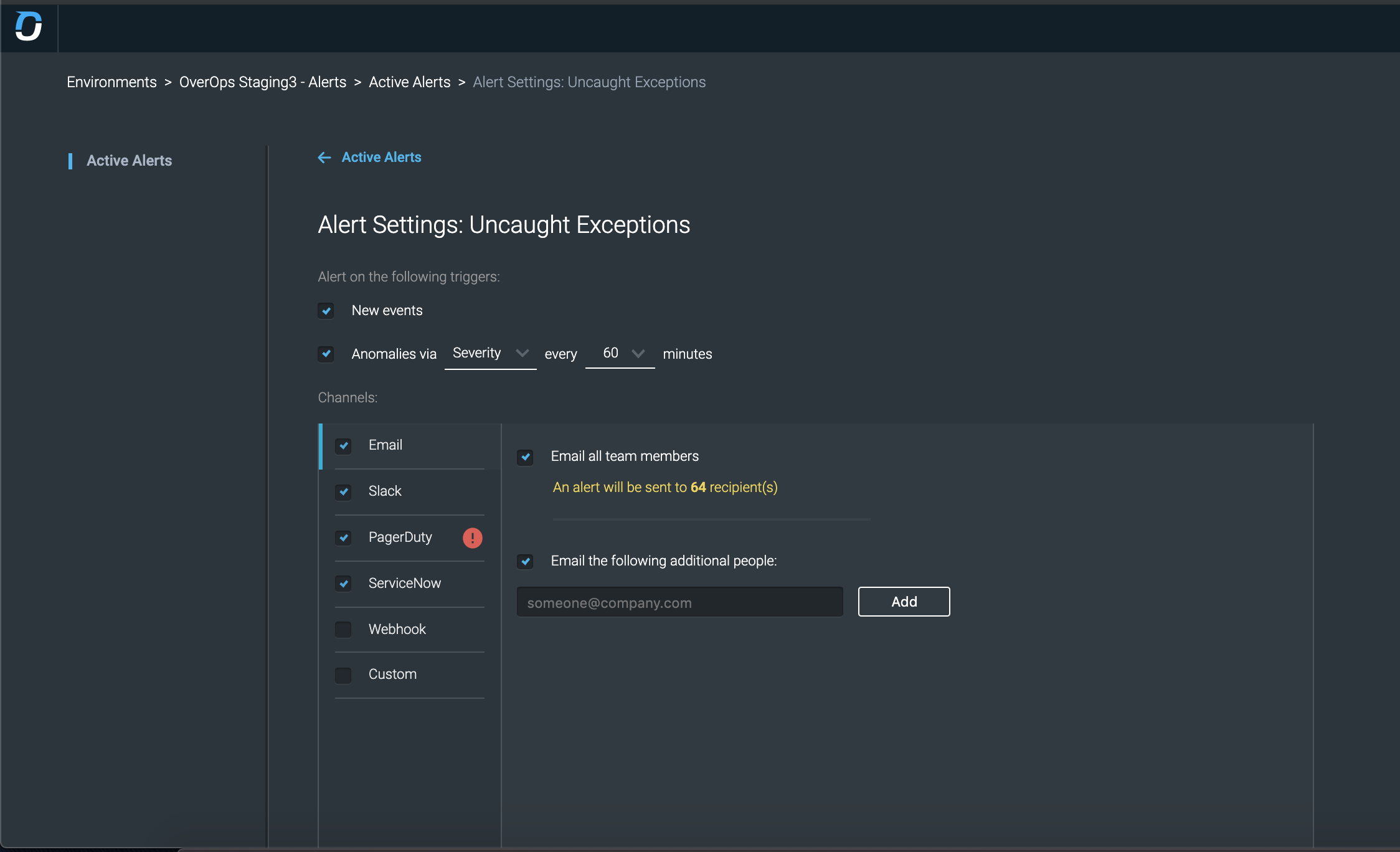 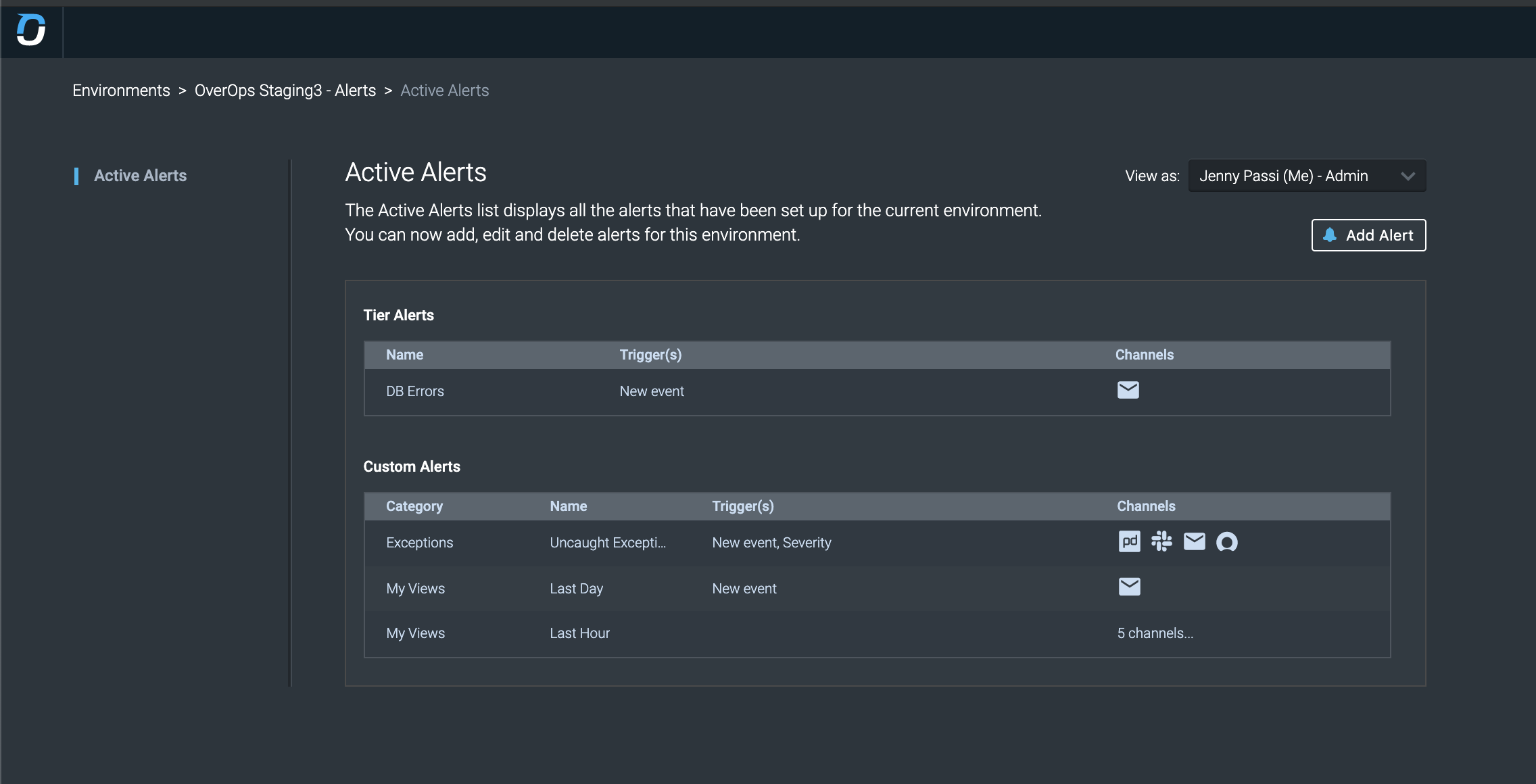 This release includes a number of important updates to several OverOps features, including the Alerts and Settings dashboards, ARC screen and APIs. 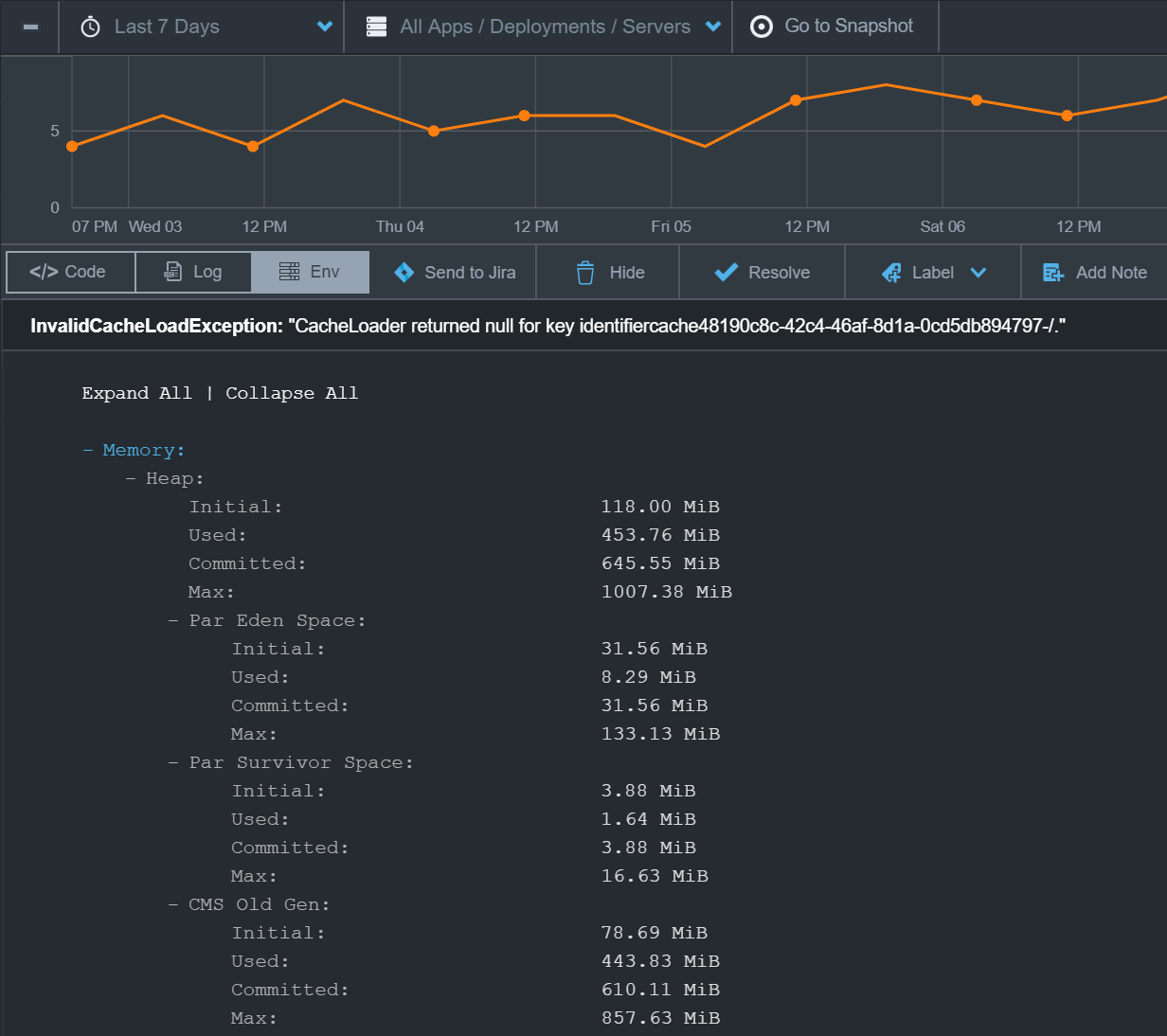 This release features a large number of UI updates to the OverOps application, especially to the Settings Dashboard and to the Alerts Management features. 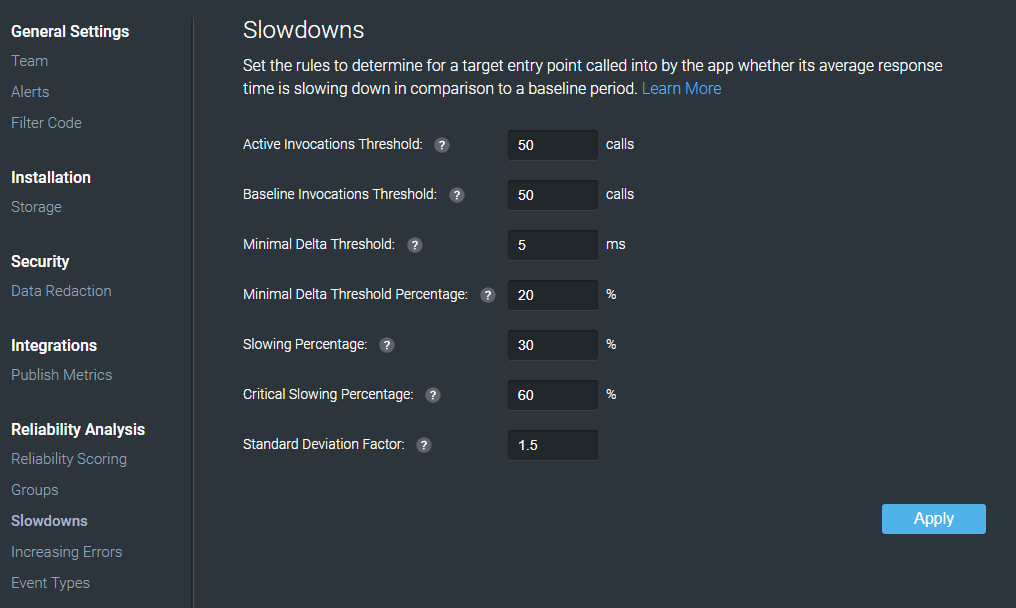 Added a update to the Collector to the way it handles hits from tiny links, which are short URLs that direct users to the exact event within the OverOps Automated Root Cause screen. To learn more about tiny links, click here

On the Agent side, we've added a lot of changes and updates to both the existing Agent and to the new Java 10 and 11 and J9 Agent:

When upgrading your Agent to this version, remember to upgrade the Collector to the latest version as well.

Application and Backend (on-premises only)

Introducing a significant scaling improvement: A remote Collector can now support up to 150 concurrent JVMs.
Note: The collector has to run as a "remote" Collector to be able to scale. (use the switch: --listen_port 6060 to run as remote Collector)

An Issue was introduced with Version 4.25.x which could cause a JVM Crash. We strongly recommend upgrading to 4.26.1 or newer version if your Micro-Agent is running 4.25.x or 4.26.0.

*New user Defined Function were added and can now be configure alerts. The functions are available on our SaaS and On-Premises installation.